For the fourth year in a row, I am doing Inktober, a daily cartoonist challenge that takes place in October.  Each day cartoonists are challenged to draw something and post it online.  I draw everyday but Inktober is meant to be a little different than what you normally do.

Some cartoonists go off of prompts and use a different word to inspire that day’s art.  For the last few years I have done themes.  The first year I did Inktober I drew characters from my favorite book, ‘The Hobbit’.  This was fun but I ran out of major characters after a bit was left with drawing elf butlers and birds.  Still, it was fun interpreting characters that were different than how the movies portrayed them. 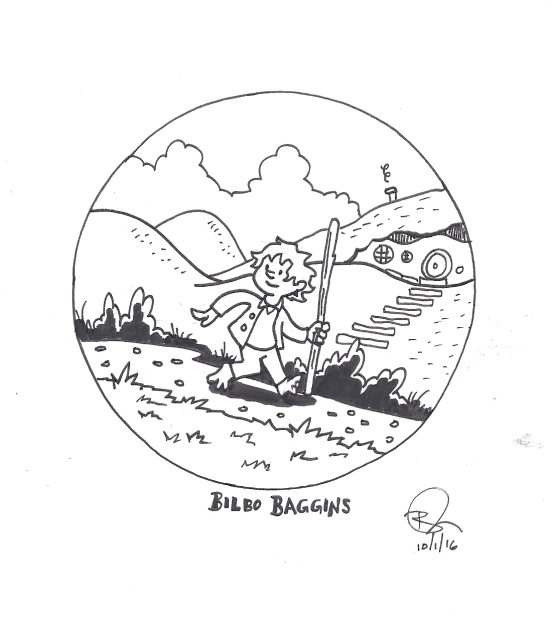 The second year I did characters from ‘The Fourth World’, a comic book story by Jack Kirby.  This was a challenge and I don’t think I did as well with it as I could have.  I think I either bit off more than I could chew or just didn’t put enough time into each drawing.  I wish I had worked harder on this theme.

Realizing my mistake, the third year I decided to go much simpler and draw characters from the various Mario games.  This was a better fit considering how little spare time I have to add one more project onto my day.

I bounced between a few different ideas for this year, but I ultimately decided on comic strip characters.  I loved the comics when I was a kid and still read them as much as I can.  I was excited to interpret these famous characters in my style, as opposed to copying the style by the cartoonist.  I chose strips that I loved, as well as strips that are iconic.

The first drawing is Hagar the Horrible and is still one of my favorite drawings for the month.

Another of my favorite drawings was Popeye.  My goal was to have at least two characters in each drawing with the exception of Little Nemo as I felt the bed was a character in it of itself.

I am posting these drawings to Twitter and Instagram, and it was a thrill for some of the original creators to respond to these little drawings.

For example, my drawing of Cathy was commented on by her creator, Cathy Guisewite.

My drawing of Harley from Hey! Harley was liked by creator Dan Thompson.

Michael Jantze commented on my drawing of The Norm.

And finally, Will Henry retweeted my drawing of his characters from Wallace the Brave. 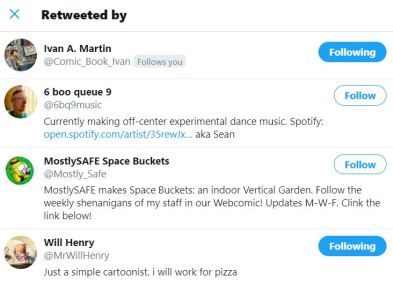 I’m glad I picked this theme and I’m excited for the last couple weeks.