So I’ve been pretty quiet on here since I wrapped up Uptown Girl a few weeks ago.  There’s still some stuff that needs to be done, but the book is being proofread and the cover is wrapping up nicely.  I will bring the book to the printer hopefully this week and have it ready to go in time for MSP ComicCon in May.

I wrote how weird it was, and how weird I felt when I finished the book a few weeks back.  The first time I went to draw after completing the book was also weird.  I put my daughter to bed, went to my studio, sat down and…did nothing.  I didn’t want to jump into a big project, or an ongoing project for a few months and wanted to spend some time just…drawing, doing whatever and playing at my desk.  But that first night I sat there for about ten minutes just…staring at my desk.

What it comes down to is I didn’t have a plan about what to do once Uptown Girl was finished, and that was intentional.  But for the first time in over a dozen years, I didn’t have anything to work on.  Nothing that HAD to be done.  And it felt weird.  It was a little sad.  I felt a little lost.  Who am I now that I am not the Uptown Girl guy, as so many people have called me?

I knew that I would be embarking on new projects, new things to define who I am as a cartoonist and I was/am excited about that, but moving away from something that defined me for so long was…well, also weird, I suppose.  I suppose it’s not unlike a musician quitting a band to go solo.  It’s exciting, but you are also starting from the ground up, but with more experience than when you joined the band initially.

Am I the Retros guy now?  Mmm…not quite.  I’ve been doing the Retros for a almost a year and a half now and I can’t say if The Retros is as well known as Uptown Girl was after the same period of time.  But it’s not really possible to compare.  When Uptown Girl was around a year and a half old, this was before Twitter and Facebook and it was all in print.  I sold comics in stores and at conventions so it was easy to gauge her popularity, but The Retros is all online, so it’s hard to tell.  I suppose I could look at followers on social media as a measuring stick.  I currently have 119 followers on Twitter and 117 with Facebook.  Not exactly lighting the world on fire, but then again, I haven’t promoted The Retros as much as I had Uptown Girl back in the day.  I miss the optimism and enthusiasm that I had back then.  But I always planned on holding off on really promoting The Retros until Uptown Girl was done, lest I was consumed by it.

So now what?  What’s next?  Where do I start?  I’m kind of going through a lot right now, to be honest, and some of it is related to this rebirth of sorts as a cartoonist and deciding on a path, and some of it is general…well, I am not sure if it’s depression or what, but I’ve been feeling discouraged and hopeless on a few levels.  Nothing serious of course and it will pass, but I think I need a project to work on.  I know I am happy when I am working, especially when it’s something that has a definitive start and a definitive end.  I will always have The Retros but that is an ongoing project.  I am still painting everyday and building a portfolio to (hopefully) send to prospective publishers or art agents and this is also ongoing, in a sense.  It will take some time before I feel I have enough samples to show.  But I need something to start and something to finish.  You know, like a book.  I thought I’d be happy to not have anything to work on for a while and you know, playing a video game for a bit, but I’m happy when I am working.  I like projects, I like to start and finish things.

So, although they it is too early to announce formally, I am in the early stages of two projects.  Both very different, and both are collaborations.  I am a little exhausted when it comes to writing at the moment so I am pleased I am working with two talented writers.  Who knows what these projects will become, or if they will go anywhere, but I need to work on something.  Work makes me happy, especially when the work is so much like play.  I am excited about these projects and here’s a peek at what I am doing.  I am looking forward to talking about these in greater detail soon-ish, but for now, I am happy to show off this art. 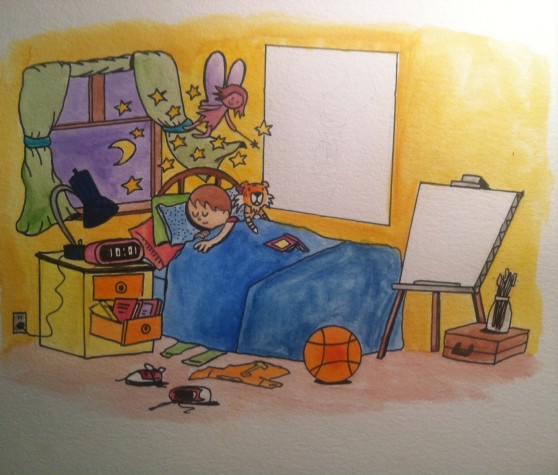 I like both of these pieces a lot, and I like working on two very different things right now.  I am excited to start the work on both of these projects in earnest.  Work makes me happy and I think it will help snap me out of this funk I’m in right now.

One thought on “Where Do I Begin?”