Cartoonists absorb a lot of what they see and often file it away in their brains and subconscious.  Sometimes this stuff inspires new ideas down the line, and my work on ‘Uptown Girl’ is no exception.  The looks of some of the characters are a combination of my own design as well as being drawn from many different inspirations.  I thought it’d be fun to reveal some of the secrets of Uptown Girl and her friends.

First let’s take a look at our hero, Uptown Girl herself. 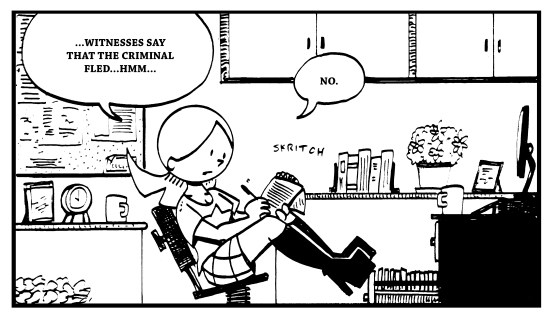 Her perfectly round head and parted hair was inspired by Roger Hargreaves’s ‘Little Miss Sunshine’, of the ‘Mr. Men and Little Miss‘ book series. 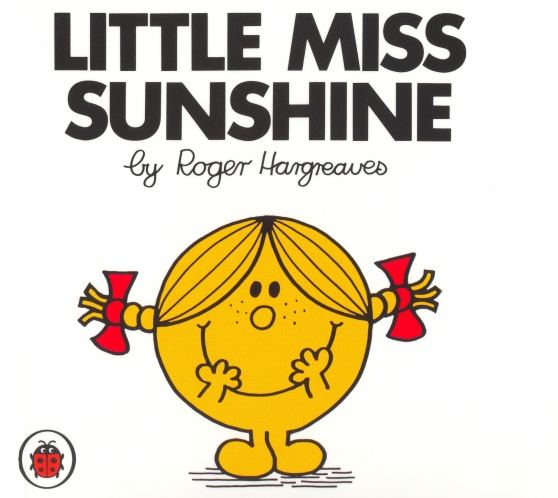 Rocketman has pretty wild hair, as we can see here:

The way his wild orange hair juts out of his helmet and sticks out was inspired by Josh Cain, the guitarist for one of my favorite bands ‘Motion City Soundtrack‘.  When I was younger and a lot more fun I’d go see them play and Josh would usually wear a baseball cap and his hair would stick out from under it.  I don’t know why that had an impression on me but like I said, cartoonists absorb a lot.

Uptown Girl’s boss, Mean Mr. Mustard first appeared in issue 2 of the monthly series, but he only appeared as a voice.  After that, we never saw his face, only his arm.  Only seeing him from the back of his chair was something that was inspired by Dr. Claw of ‘Inspector Gadget’. 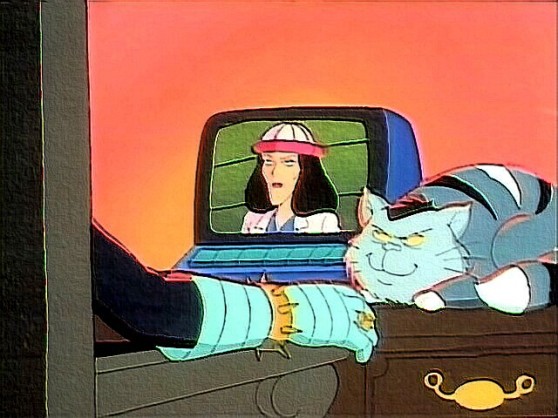 We finally got to see what he look liked in issue 75:

I never really knew what he looked like, but I would sketch out different designs off and on, and when I had nailed his final design, I realized that he looked a lot like Artie Valentine, a character in the book ‘Box Office Poison‘ by the awesome Alex Robinson.

The evil Mr. Roboto was inspired by a combination of two robots.

When I was designing him, I knew I wanted him to be slender and nimble as opposed to big and bulky.  Once his design was finalized, I thought he looked like a mash up of Rob Schrab’s Scud, the Disposable Assassin…

…and Kerry Callen‘s Sprocket, from his series ‘Halo and Sprocket‘.

I probably could go on for hours about this kind of stuff, but I’ll leave at this for now.  If you’d like to see more posts about this let me know!